Night in the City an Underappreciated Noir Masterpiece 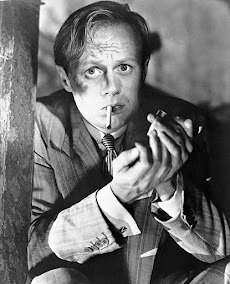 It's a film about wrestling, chiselers, and lowlife riverside dwellers. It was made in Britain and is in black and white. If this doesn't sound appealing, think again; Night and the City is one of the finest and most stylish film noir movies ever made by somebody not named Orson Welles.

Even its backstory is great. American Director Julius “Jules” Dassin was blacklisted for having joined the Communist Party in the 1930s as the movie was in production. Dassin had quit the party a decade earlier, but the Red Scare wasn’t fueled by reason.  Dassin worked around the problem by releasing the film in Britain and there was nothing zealots could do about it. Talented German cinematographer Max Greene was onboard, as was a legendary composer Franz Waxman. If you want to make something of the fact that all three of the persecuted were Jews, by all means do so.

Postwar London was as dire as the film’s deliberately gloomy backdrop. At the movie’s center is Harry Fabian (Richard Widmark), a cut-rate conman who scurries from one bad scheme to the next. His only good call is his relationship with good-hearted Mary Bristol (Gene Tierney). Harry cares about her, but he's such a louse that he plays her like a cheap fiddle for money, ego-stroking, and refuge from his creditors.

After watching a wrestling exhibition, Henry has an idea he is certain will make him a big-time player. A famed Greek wrestler Gregorius (Stanislaus Zbyszko) is in London preparing a protégé, “Nikolas of Athens” (Ken Richmond) for an important match. Gregorius’ son Kristo (Herbert Lom) controls London’s “pro” wrestling scene, but if Harry can convince Gregorius to do battle with wrestling’s bad boy, “The Strangler” (Mike Mizurki), he can pocket a fortune from ticket sales. Gregorius will only do Graeco-Roman style, the legitimate stuff you see at the Olympics, and thus out of the purview of promoter/mobster Kristo.

Of course, Harry doesn’t have two pence to rub together, so he approaches Phil Nosteross (Francis L. Sullivan, looking like Sydney Greenstreet), the owner of the Silver Fox Club, who also runs lucrative low-level rackets. Phil jokingly offers to put up £200 if Harry can come up with two hundred more. He does so, but plays a dangerous game to get it. Phil's wife Helen (Googie Withers) offers to give Harry the dough if he can get her a license to operate her own club so she can leave Phil. Unbeknownst to Helen, Harry has one made by a two-bit forger. Helen’s classy joint is shut down before she can even open its doors.

Phil and Kristo have already discussed ridding themselves of Harry the old-fashioned way: bumping him off. Harry’s big day expires in a puff of smoke. In a scuffle at Harry's gym–also an unauthorized operation–“The Strangler” taunts Gregorius. In a scuffle, Nikolas is thrown from the rink and breaks his wrist. An enraged Gregorius agrees on the spot to wrestle “The Strangler” by his rules. Oh-uh; that's Kristo's territory. Any big dreams Harry held vanish when Gregorius defeats “The Strangler,” but dies on a dressing room table moments later. After that, pretty much all of London except for Mary wants Harry’s hide, including Phil, Kristo, Helen, “The Strangler,” and the entire network of reward-seeking underworld rats. Henry will run, but odds are low that he can hide.

Much of the acting is melodramatic, but that’s how things were done in 1950. For what it’s worth, the three screen wrestlers also did so in real life (or unreal life, given that pro wrestling is no more authentic than a Nashville cowboy). On a more substantive level, the black-and-white used in the film is spectacular, especially Dassin’s use of contrast. Note the stripes of cool white slicing through murk like sunrays in a darkened cathedral. Dassin’s light palette compares with that used in Welles’ Touch of Evil, and that's quite a statement. Widmark is also brilliant. Viewers can tell he's a liar, but he has just enough off fast-talking smarm to hoodwink similarly edgy characters. When things go south, Widmark transforms into the equivalent of a wildebeest fleeing from a hungry lioness. Wanna bet on the outcome?