Sentencing Inequity and Not Woke at All 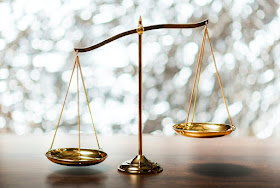 I’ve been trying to avoid politics–not because I don’t care, but because politics has become a zero-sum game. Wheels spin, venom is dripped, and nothing changes. It’s two sides screaming “Oh yeah!” from opposing sides of a brick wall. Alas, some things prompt the need to comment. Here are two.

Remember Michael Hari? In 2017, he bombed a Bloomington, Indiana mosque. Recently, Hari–who now claims to be transgendered and goes by Emily Claire Hari–was sentenced. She/he/whatever received a sentence of 53 years in prison. I shed no tears for Hari, but we must ask, how many people died because of him? The answer is zero.

Numerous Muslims testified that they feel fearful because of Hari. They no doubt do. But I come back to that number: zero. One could certainly argue that he intended to kill and that his was a hate crime. The problem is that American justice is supposed to rest upon what actually occurred, not speculation or feelings. Judges are allowed to consider victim statements before sentencing, but they are expected to give priority to the severity of the crime. Hari destroyed a building and 53 years for a 50-year-old who, through luck or ineptitude, killed no one, seems grossly excessive. I can only conclude that the sentence was more symbolic than just.

Since 9/11 liberals have bent over backward to show their support for Muslims. Nothing wrong with that, though a strange cultural relativism exists among those who would show no such mercy had fundamentalist Christians bombed the World Trade Center. Let me say it again, lest there be any confusion: Hari intended a heinous crime. At the end of the day, though, this was not Birmingham 1963, when four African American girls died and three of the four defendants–after decades of escaping justice were sentenced to life in prison. That’s essentially the sentence Hari received.

If you feel like Hari deserves this, take a look at Paul Hodgkins, the first person sentenced for the January 6, 2021 riot at the U.S. Capitol. He was jailed for eight months. Anna Morgan-Lloyd got off nearly scot-free: 3 years of probation. The latest batch coming up for sentencing are expected to receive jail time ranging from 6 months-1 year. A handful of weapons-wielding rioters could get up to 10 years, though I doubt it.

Let’s recap: 53 years for Hari, but nothing approaching that for the Capitol rioters who sought to overthrow democracy and invalidate a lawful election. In theory, they could (should?) have been charged with treason, a potential capital offense. I don’t support the death penalty, but let’s take this a step further. Rioters trashed the Capitol, didn’t blow it up, but five people died as a result of January 6. One protestor was shot by Capitol police and four non-rioters perished–one by an overdose, one by suicide after his concussion was misdiagnosed, and two others of “natural causes,” including a heart attack most certainly brought on by the stress of the riot. The final score for these two events: 5-0.

How did the Capitol rioters get off so lightly? Perhaps those crying tears over the mosque need to consider that the real enemy today is rightwing fanaticism. The right has clout and the left doesn’t. Hari is no leftist, but shouldn’t energy and political pressure be focused on things that matter most? Why has the outrage over January 6 I vanished into a sucking hole of distraction and amnesia? 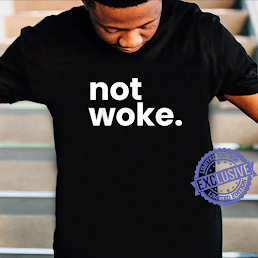 Shifting gears to what is becoming just another distraction, I’d like to call for a ban on the word “woke” from those who are still asleep–like far too many black athletes. A big difference between civil rights activism of my youth and now is that past activists were willing to run risks, not just make pronouncements. Today, many black athletes are more concerned with capitalism than racial justice. I don’t begrudge those wishing to cash in on their talent, but shouldn’t they also place their money where their mouths are located?

What if black athletes refused to play in states that suppress black voter turnout or don’t deal with cops who kill black people? What if black NFL players refused to play for the Minnesota Vikings until a full reckoning takes place over the murders of George Floyd and Boogie Smith? Why not tell agents they won’t sign contracts for racist pigs like Dallas Cowboys owner Jerry Jones? Imagine what would happen if top basketball and football recruits turned their backs at universities in Louisiana, Tennessee, or Texas. I’m not hearing much from University of Alabama, where the percentage of black football players is well north of 75 percent. What does it say when Major League Baseball went to bat against voter suppression by moving the All-Star Game out of Atlanta, yet the University of Georgia’s football team is filled with African Americans? Too many young African Americans are seeing green more than black. Knees on the playing field are as passe as ice bucket challenges. Wake up! Feet in arenas of states that actually care about justice speaks louder than words.