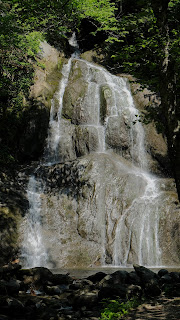 Route 100 is the spine of Vermont. Its 200 plus miles run smack down the middle of the state from the border of North Adams, Massachusetts to the U.S./Canada boundary near Newport, Vermont. It’s no exaggeration to say the route is rural; just two settlements—Morristown and Waterbury—have more than 5,000 residents and it’s just barely so in both cases.

In the best of times, Route 100 is the take-your-time way to see Vermont, but in a few weeks it will be wicked slow. It’s the drive during foliage season and traffic won’t subside until Mud Season, as it passes through ski country, with Stowe perhaps the most famous of its resorts. (Serious downhill skiers don’t rate it the best, but I’m strictly a snowshoe guy so I wouldn’t know.) During its peak times (pun intended), you’ll need binoculars to spot a New England license plate.

Now is the time to go if leisure is your goal. I’ve written before of southern Vermont on or near Route 100, so let’s highlight the section that passes through the Mad River Valley. On a recent trip to Burlington and the Champlain Islands, Emily and I left I-89 North at Royalton and took Route 107 to its intersection with Route 100 near Stockbridge. The first part of that journey is farm country, which means it passes through no-nonsense villages that cater to local needs, not traveler wants: Talcville, Rochester, Hancock, Granville…. It skirts the eastern edge of the Green Mountain National Forest. 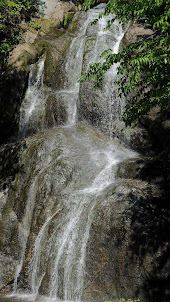 As the elevation rises and you begin an ascent through a gorge, you will pass Moss Glen Falls just beyond Granville. It’s not signposted very well, but the falls are smack dab beside the road. There’s a small pullover and from there you can walk on a short boardwalk for various views of the falls. At 35-feet, Moss Glen isn’t tall, but it’s wide and picturesque. If you’re part goat, there’s also a 5-mile hike above and around the falls but you don’t have to don boots to enjoy the site from the sneakered comfort of the boardwalk.

Warren and Waitsfield are the two most-visited villages on this section of Route 100. They are both around 1,700 people and are quite different in character. Warren is pretty sleepy until Sugarbush opens and ski season gets underway. Even then its local businesses cater mostly to the après-ski crowd. In the “off” seasons, most folks take a drive past the Warren Covered Bridge, take a few snaps, admire the not-so-broad Mad River and make their way to Waitsfield.

Waitsfield is like a smaller version of the southern Vermont Route 100 town of Wilmington. By this I mean there are also things to do if you’re not hurtling your moral self over the edges of very tall mountains. You can do that if you wish—Mad River Glen is nearby—but Waitsfield also has art galleries, restaurants, a walking trail beside the river, and other attractions. Though it’s the same size as Warren, its three-season energy makes it feel much larger. The Waitsfield Covered Bridge is longer, more scenic, and the Mad River is deep enough there for swimmers to enjoy. Artisans Gallery is a good place to find superb art from local crafters, painters, and sculptors. If you want a light bite, you can sit in a small garden by the river at Three Mountain Café, though I’ll warn you that service can be slow. They do have New York-style bagels, though. 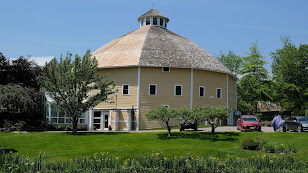 Also recommended is a short drive away from the village to see the self-descriptive Round Barn Farm. It’s a meticulously gentrified building that’s more of a destination setting and banquet hall these days, but there are lovely views of meadows and the Green Mountains. Plus, the grounds have been beautifully landscaped. If you’re hungry, on your way out of town you can enjoy the counter cultural ambience and tasty offerings from American Flatbread. (Insofar as I can tell, flat bread is pizza with a funkier shape. Good though!)

You could wait until you get to Waterbury, though most folks don’t want to spend much time in its past-its-prime center until it’s for brews. Waterbury has become so famous for them that it has been nicknamed “WaterBEERy.” I wasn’t so inclined in late morning, but apparently the Prohibition Pig has frothy delights on tap. Waterbury is also home to Green Mountain Coffee, though I must confess that I’m not a fan—too many wimpy roasts for my tastes.

We popped back onto the interstate at Waterbury, but if you continue out of town on Route 100 there’s the remnant of an old mill, numerous shops that cater to tourists heading for Stowe, a cider mill, and the town’s biggest attraction, the headquarters of Ben and Jerry’s Ice Cream. We’ve been there many times, so we skipped it this trip. It is, however, one of the most fun “industrial” tours in America. Although the company was sold years ago, the place retains airs of cheekiness, social awareness, and lack of pretension in keeping with the values of Ben Cohen and Jerry Greenfield.

As a small aside, it was something of a fluke that Ben and Jerry’s is in Waterbury and my coffee buddy Steve Herrell is in Northampton, MA. They were all trawling for sites to start a business at about the same time and were looking into the same turf.